On August 27th, Dom Hoffmann, who notably co-founded Vine, introduced Loot. A project consisting of 8,000 NFTs full of words that depict “randomized adventurer gear.” Closer inspection reveals items that a character might wield in a game like Dungeons & Dragons. A Short Sword, or Divine Robe of the Fox, for instance.

While we’ve seen a lot of NFT drops over the last few months, two things set Loot apart. First, these NFTs could be claimed for free. The claimee simply had to pay the standard Ethereum gas fee. The other more obvious differentiator: these NFTs are just a bunch of words.

Despite the glaring lack of chimp or penguin art, once claimed, these plain text NFTs quickly started selling for tens of thousands of dollars. At the time of writing, $230M in Loot has changed hands.

Loot NFTs under the hood

One’s knee-jerk reaction might be to dismiss Loot as just another symptom of speculative NFT fever. Loot does, however, introduce an interesting new NFT primitive. Before we get to what makes it interesting, it helps to understand a bit more about what a Loot NFT is.

Ok, so we have NFTs with Dungeons and Dragon-ey words on them that are smart contract compatible, with some words appearing less frequently than others. So what?

People appear to be excited about Loot not because of what the NFTs are, but what they could be. These NFTs were released into the wild and left to the interpretation of anyone who found them interesting. Anyone can build something using Loot NFTs as a foundation.

A sound analogy comes from Avichal Garg at Electric Capital, who likens Loot with a 52 deck of cards. Where on its own, a deck of cards is just 52 pieces of paper with pictures on them. With a bit of ingenuity, it’s also the foundation for thousands of games, from Poker, to Hearts, to Crazy 8’s.

Similarly, Loot and its 8,000 NFTs can serve as the foundation of an entire gaming metaverse. The ideal end state being an entire ecosystem of games where Loot items like the Divine Robe of the Fox serve different functions: think Dungeons & Dragons in the metaverse. Whoever builds something on top of Loot NFTs can determine the function served by a given item.

By building the foundation of a game, without building a game itself, Loot leaves its fate in the hands of a decentralized community. Whether or not one thinks it will be successful, it’s an intriguing idea to many.

So what are people building?

For one, the image I showed above ranking the rarity of Loot bag #748 comes from an application built by someone named @scotato in the Loot community. By pasting your Loot contract address into 0xinventory.app, NFT owners can see the rarity of their Loot bag (note the ranking system was also devised by the community).

Another project called Lootmart will allow Loot holders to unbundle their Loot Bag into individual NFTs to swap items with other Loot holders, complete with AI generated images of individual items.

A community member also spun up an ERC-20 token called Adventure Gold ($AGLD) while he was waiting at an airport. Anyone with a Loot bag could claim 10,000 $AGLD. FTX created spot and futures markets for the token and it hit a high of $7.70, meaning Loot holders were essentially gifted tokens worth $77,000 at their peak.

The idea behind $AGLD is that it can serve as an in game currency woven into a game that gets built some day. But like Loot itself, its value is up for interpretation. This didn’t stop people from incorporating it into other budding Loot projects, including a Loot themed “choose your own adventure” story, where $AGLD holders can vote on the direction of the story.

In Chapter 1 of, “Holy War Lore”, $AGLD holders were allowed to vote on whether a man wearing a Divine Robe should put on a Demon King’s crown to absorb his powers (they voted that he put on the crown). In Chapter 2, the crown gets the man into trouble and there’s currently a vote on how he should handle the situation.

These are just a few examples of what the grassroots community of Loot enthusiasts has created so far. The Loot discord reveals wide ranging discussion with distinct channels for builders, artists, writers and a whole lot more.

To recap, Loot is interesting because it inverts the typical gaming and community development path. The Loot creator simply built the foundation of a gaming universe and threw it into the wild to see what others would do with it. And so far, it has energized a diverse community, with a host of new Loot projects in development.

This excitement, coupled with the current NFT bull market sent Loot NFTs soaring, with the cheapest Loot bag trading for $23,000 today. There are however, no guarantees that anything resembling a real game or real utility ever gets built on Loot. Owning a Loot bag is a bet on future utility, which is up to the community to build.

This is the challenge that Loot faces. Can a decentralized community channel its enthusiasm into creating inherent utility in owning a Loot bag? That utility could come from creating strategy games similar to Axie Infinity where Loot items can be used in combat, artwork and avatars exclusive to Loot owners, or from some other application yet to be cooked up.

We are just two weeks into the project, so imagination is required today, but the appeal is tangible.

The cost of entry

The question of incentives lies at the heart of Loot’s future. Are there answers? Yes — a few. First, game developers who build on Loot have the benefit of bootstrapping their game with a core, passionate community of Loot enthusiasts. Second, and more importantly, there may be unique ways to incorporate Loot without pricing out the majority of the market. We can take inspiration from Axie Infinity and Yield Guild Games. When Axie NFTs got too expensive for most players to afford, lending markets emerged that let players borrow the NFTs needed to play in return for a portion of the winnings from Play to Earn games. We could see the emergence of Loot DAOs that devise similar solutions. Synthetic Loot is another solution being explored. Synthetic Loot lets anyone claim a pseudo Loot bag that can’t be sold or transferred but can be used in Loot games, should a developer choose to allow it. This in theory can open the door for more players.

While many questions remain, we’re in the early stage of a radically new kind of project that’s completely inverted the typical game development model. A self organized grassroots community is now tasked with taking Loot’s foundation and building something real, with all of the tools that crypto, NFTs, and metaverse economies have to offer. The burning questions surrounding Loot’s future make it one of the most captivating experiments in crypto; one that will be fascinating to watch play out over the coming months and years.

This website does not disclose material nonpublic information pertaining to Coinbase or Coinbase Venture’s portfolio companies.

Disclaimer: This material is the property of Coinbase, Inc., its parent and affiliates (“Coinbase”). The views and opinions expressed herein are those of the author and do not necessarily reflect the views of Coinbase or its employees and summarizes information and articles with respect to cryptocurrencies or related topics that the author believes may be of interest. This material is for informational purposes only, and is not (i) an offer, or solicitation of an offer, to invest in, or to buy or sell, any interests or shares, or to participate in any investment or trading strategy, (ii) intended to provide accounting, legal, or tax advice, or investment recommendations or (iii) an official statement of Coinbase. No representation or warranty is made, expressed or implied, with respect to the accuracy or completeness of the information or to the future performance of any digital asset, financial instrument or other market or economic measure. The information is believed to be current as of the date indicated on the materials. Recipients should consult their advisors before making any investment decision. Coinbase may have financial interests in, or relationships with, some of the entities and/or publications discussed or otherwise referenced in the materials. Certain links that may be provided in the materials are provided for convenience and do not imply Coinbase’s endorsement, or approval of any third-party websites or their content. Coinbase, Inc. is not registered or licensed in any capacity with the U.S. Securities and Exchange Commission or the U.S. Commodity Futures Trading Commission.

Loot Project: the first community owned NFT gaming platform was originally published in The Coinbase Blog on Medium, where people are continuing the conversation by highlighting and responding to this story. 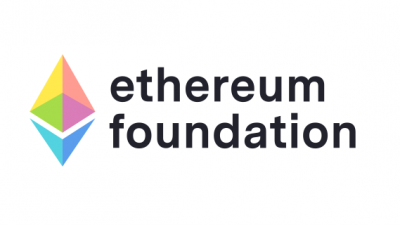 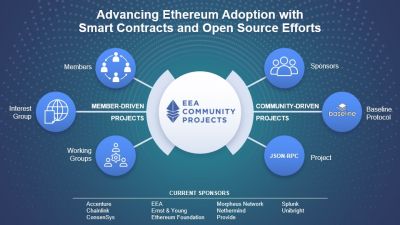 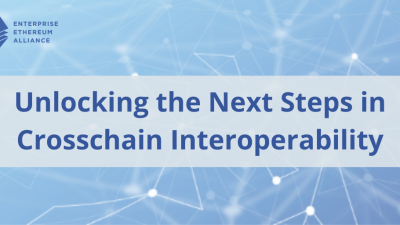 Unlocking the Next Steps in Crosschain Interoperability