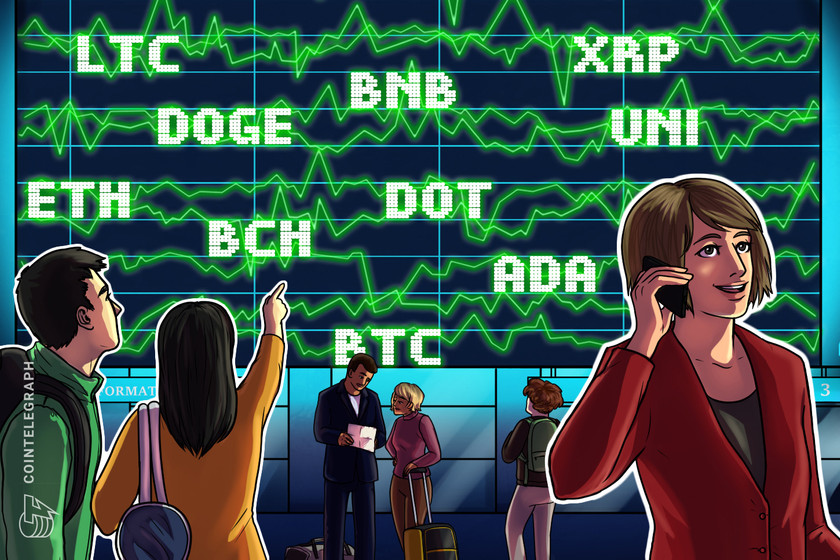 Bitcoin’s surge above $40,000 and the breakouts from select altcoins may be signals that the bottoming process has begun.

Bitcoin (BTC) has risen above the psychological resistance at $40,000 following a series of positive news flow over the past week. The first bit of bullish news that impacted the price of Bitcoin was a tweet from Tesla CEO Elon Musk who said the carmaker wil accept Bitcoin payments if more than 50% clean energy is used by Bitcoin miners with a “positive future trend.”

Another piece of news that may have boosted the recovery in Bitcoin was Paul Tudor Jones’ suggestion that 5% of every investment portfolio have exposure to Bitcoin,  which is equal to that of gold, cash and commodities. Jones was al critical of the U.S. Fed’s view that the current rise in inflation numbers is transitory.

The recent bullish news is proof that the current drop has not altered the fundamentals of Bitcoin. Therefore, as the price stabilizes, Bitcoin may again attract institutional investment.

Meanwhile, MicroStrategy has completed its $500 million offering of secured notes, which the company plans to use for buying Bitcoin. After deducting various expenses, the business intelligence firm is left with $488 million that will be used to purchase Bitcoin. This will add to the company’s existing stack of 92,079 Bitcoin.

With demand likely to return, could Bitcoin lead the recovery in the crypto markets? Let’s analyze the charts of the top-10 cryptocurrencies to find out.

Bitcoin turned up on June 13 and soared above the resistance line of the developing descending triangle pattern. This move invalidated the bearish setup, which is a bullish sign. The buyers have continued their purchase today and pushed the price above $40,000.

The 20-day simple moving average ($36,779) has flattened out and the relative strength index (RSI) has risen into the positive territory, indicating that the selling pressure has reduced.

The BTC/USDT pair could now attempt a rally to the 50-day SMA ($44,571), which may act as a stiff resistance. If the price turns down from this resistance but finds support at the 20-day SMA, it will suggest the sentiment has turned bullish.

A breakout of the 50-day SMA will signal a possible change in trend and the pair could then rally to $51,483. This bullish view will be negated if the pair turns down and plummets below the $34,600.36 support. Such a move will suggest that traders are dumping their positions on minor rallies.

Ether (ETH) dropped below the support line of the symmetrical triangle on June 12 but the bears could not sustain the lower levels. This suggests that buyers are accumulating on dips.

The ETH/USDT pair rebounded off the trendline on June 13 and the bulls are now trying to push the price above the 20-day SMA ($2,581). If they succeed, the pair could rally to the resistance line of the triangle.

This positive view will invalidate if the pair turns down from the current level or the overhead resistance and breaks below $2,200. That could open the doors for a fall to $2,079 and then $1,728.74.

Binance Coin (BNB) bounced off the trendline on June 13 and the bulls have pushed the price above the 20-day SMA ($364). This suggests that the bulls are defending the trendline aggressively.

This bullish setup has a target objective at $609. The gradually rising 20-day SMA and the RSI above 46 suggest the buyers are trying to make a comeback.

However, if the price turns down from the current level and breaks below the trendline, it will suggest that supply exceeds demand. The pair could then drop to $291.06 and then to $211.70.

If they manage to do that, the ADA/USDT pair could rise to $1.94 where the bears are likely to pose a stiff challenge. However, a breakout and close above this resistance will suggest the correction is over.

Contrary to this assumption, if the price turns down from the moving averages, the pair could again drop to $1.33. A break below this support will indicate weakness and the pair could then plummet to $1.

Dogecoin (DOGE) is attempting to rebound off the neckline of the head and shoulders pattern. This suggests the bulls are attempting to defend this support. If buyers push the price above the 20-day SMA ($0.34), the altcoin could start its journey to the 50-day SMA ($0.40).

The bears are again likely to mount a stiff resistance at the 50-day SMA. If the price turns down from this resistance, the DOGE/USDT pair could drop to the neckline and remain range-bound for a few days.

The flattening moving averages and the RSI just below 46 points to a range-bound action in the near term. This neutral view will invalidate if buyers push the price above $0.45 or bears sink the pair below the neckline.

XRP has been trading below the 20-day SMA ($0.92) for the past few days but the bears have not been able to sink the price below the $0.75 support. This suggests that bulls are accumulating at lower levels.

The 20-day SMA is flattening out and the RSI is above 44, indicating the bulls are trying to make a comeback. A breakout and close above the 20-day SMA will be the first sign of strength. It will indicate that traders have resumed their purchases.

That could push the price to $1.10 where the bears will try to defend the level aggressively. However, if buyers thrust the price above this level, the XRP/USDT pair could rise to the 50-day SMA ($1.19). This positive view will invalidate if the price turns down and plummets below $0.75.

Polkadot’s (DOT) price action of the past few days has formed a symmetrical triangle pattern, indicating indecision among the bulls and the bears.

The flattish 20-day SMA ($22.98) and the RSI above 48 points to a possible range-bound action in the short term. However, if bulls push the price above the resistance line of the triangle, the DOT/USDT pair may start a relief rally to $31.28 and then to $41.40.

On the contrary, if the price turns down from the resistance line, the bears will make one more attempt to sink the pair below $19.50. If they succeed, the pair could start its journey toward the next critical support at $15.

Uniswap (UNI) is trading between the $21.50 support and the $30 resistance for the past few days. Although the bears pulled the price below $21.50 on June 12 and 13, they could not sustain the lower levels. This suggests that the bulls purchased the dip below $21.50.

The relief rally is likely to face stiff resistance at the downtrend line. This shows that the bears have not thrown in the towel yet. If the price turns down from the current level, the sellers will make another attempt to sink the UNI/USDT pair below the $21.50 to $20.23 support.

Litecoin (LTC) has failed to break above or below the symmetrical triangle as the bulls are buying on dips to the support line and bears are selling at the resistance line. If the price reaches the apex of the triangle without breaking out, the pattern will be invalidated.

The bulls are currently attempting to push the price above the resistance line. If they succeed in sustaining the price above the triangle, it will suggest that buyers are back in the game. That could open the doors for a move to $225 and then to the 50-day SMA ($237).

Alternatively, if the price turns down from the current level, the bears will make one more attempt to sink the LTC/USDT pair below the support line. If that happens, the pair could drop to $140 and then to $118.03.

Bitcoin Cash (BCH) has been trading inside a descending triangle pattern for the past few days, which will complete on a breakdown and close below $538.11.

If that happens, the BCH/USDT pair could witness aggressive selling and may drop to $400 and then to $370. The gradually downsloping 20-day SMA ($656) and the RSI in the negative territory suggest the path of least resistance is to the downside.

This negative view will invalidate if the bulls propel the price above the downtrend line. Such a move could catch several aggressive bears off guard and may result in a short squeeze, pushing the price to the 50-day SMA ($894). 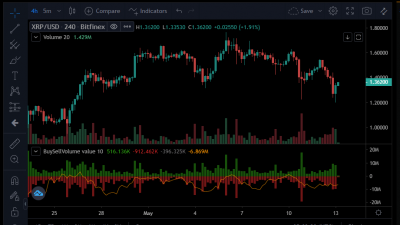 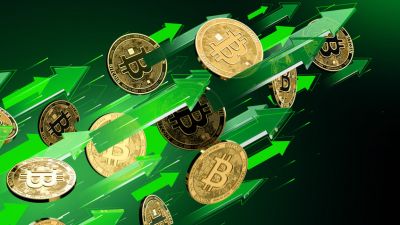 Tokens that are the biggest gainers of April 19: SANSHU, CPOS and GXT 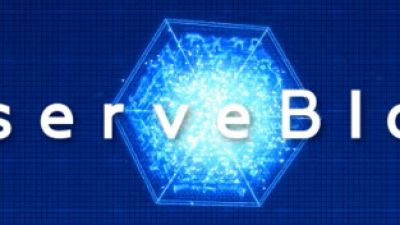