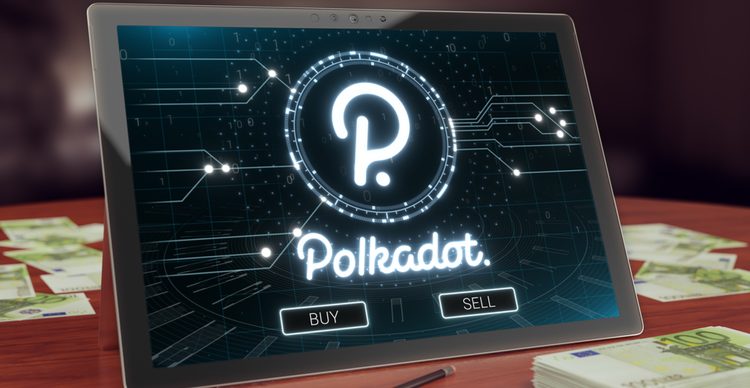 The bearish sentiment in the market continued, but Polkadot has been able to defend its critical support level at $16.77 over the past 24 hours

The cryptocurrency market continued with its bearish sentiment over the past 24 hours, with Bitcoin slipping below the $38,000 mark. Ether is also down below the $2,500 level after rallying to close to $2,700 yesterday ahead of the major upgrade on the Ethereum network.

Polkadot wasn’t left out of the bearish performance, with DOT currently down by more than 5% in the past 24 hours. However, the bulls have been able to defend the critical support level at $16.77, and that could allow DOT to perform well once the upward movement in the market resumes.

However, it is unclear if DOT can maintain this support level for much longer. Analysts are not optimistic about the short-term performance of the market.

The DOT/USD 4-hour chart is currently bearish, with the cryptocurrency’s price down by more than 5% in the past 24 hours. The technicals are very bearish at the moment, but Polkadot has been able to defend its critical support level over the past 24 hours. 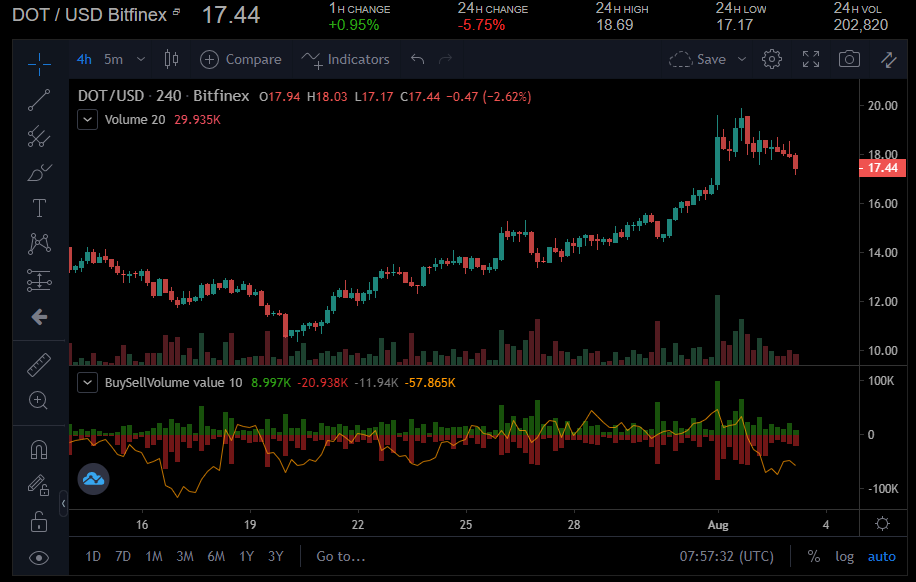 Although Polkadot has so far been able to defend its major support level at $16.77, if the current bearish cycle in the market continues, it might lose the support and could drop towards the $15 level. Unless there is an extended market sell-off, however, the DOT/USD pair should steer clear of the next major support at $13.47.

The MACD level is currently in the bearish zone, while the 4-hour 100 simple moving average currently sits at $14.19. If the situation changes and the market rally resumes, DOT could look to surpass the resistance level at $19.79 in the coming hours. The $22 region could be the target if there is an extended market rally.

The post Polkadot price analysis: Bulls defend the $16.77 support level appeared first on The Home of Altcoins: All About Crypto, Bitcoin & Altcoins | Coinlist.me. 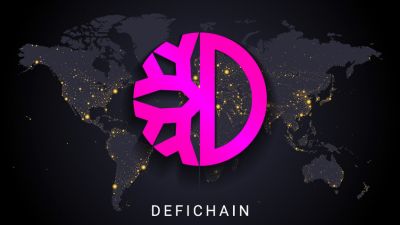 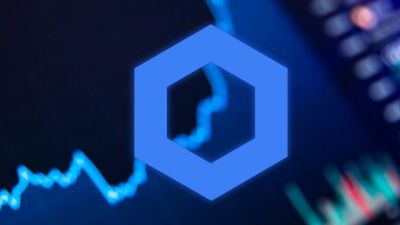 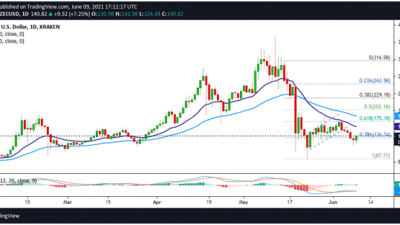