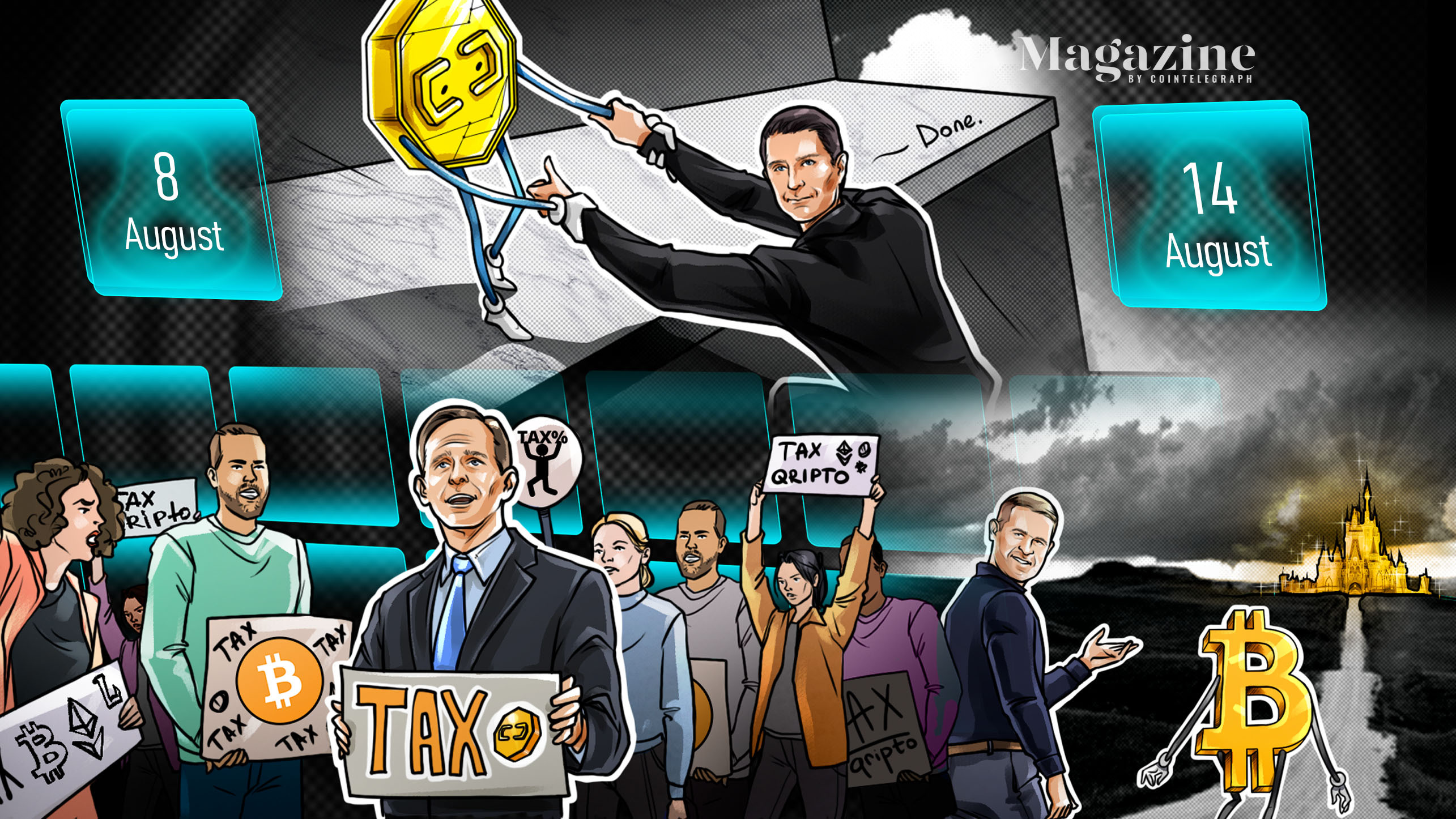 Infrastructure bill passes US Senate without clarification on crypto

On Tuesday, the controversial infrastructure bill passed in the U.S. senate In a 69-30 vote.

The bipartisan bill proposes roughly $1 trillion of funding into transportation and electricity infrastructure projects. The bill also puts forward more stringent rules for firms handling crypto assets while expanding reporting requirements for brokers, who will be required to report digital asset transactions worth more than $10,000 to the IRS.

Six senators, including Pat Toomey, Cynthia Lummis, Rob Portman, Mark Warner, Kyrsten Sinema and Ron Wyden, proposed an amendment to the buzz-kill bill on Monday that would exempt software developers, transaction validators and node operators as brokers, while proposing that tax reporting requirements only apply to the intermediaries.

Their efforts didnt bear fruit, however, with further clarification on crypto not provided. Senator Toomey flamed the bill in the aftermath, noting that the legislation was too expensive, too expansive, too unpaid for and too threatening to the innovative cryptocurrency economy.

The United States Securities and Exchange Commission, or SEC, announced a $10 million settlement with cryptocurrency exchange Poloniex on Aug. 9.

Poloniex was charged with facilitating trades in unregistered securities between July 2017 and November 2019. According to the indictment, the SEC also asserted that Poloniex employees were misbehaving, as they actively sought to circumvent securities regulation in a plot to increase the companys market share.

On the same day, SEC commissioner Hester Peirce known colloquially as Crypto Mom due to her regular pushback against SEC crypto enforcement slammed the regulators actions in a public statement.

Crypto Mom questioned the regulators opaque regulatory framework that crypto firms must navigate in the U.S. while asserting that, even if Poloniex had tried to register with the SEC,

The firm released its Q2 report on Tuesday, and its net profit of $1.6 billion marked a mammoth increase of 4,900% compared to the $32 million recorded in the same period of 2020. Coinbases total revenue for the quarter was $2.23 billion, beating out analysts predictions of $1.78 billion in expected revenue.

Interestingly, for the first time since Coinbase was founded nine years ago, Ethereum (ETH) had a higher trading volume than Bitcoin (BTC), with the assets representing 26% and 24% of total volume, respectively.

Despite banks often taking time out of their busy schedules to slam crypto, a new research report found that 55 out of the top 100 banks by assets under management have some form of blockchain or crypto exposure.

According to research by Blockdata, the banks and their subsidiaries have direct and indirect investments in crypto and decentralized ledger technology firms.

Notable banking giants named and shamed included Barclays, Citigroup and Goldman Sachs, who were reported as the most active backers of crypto and blockchain firms, while JPMorgan Chase and BNP Paribas were also identified as serial investors in the sector. 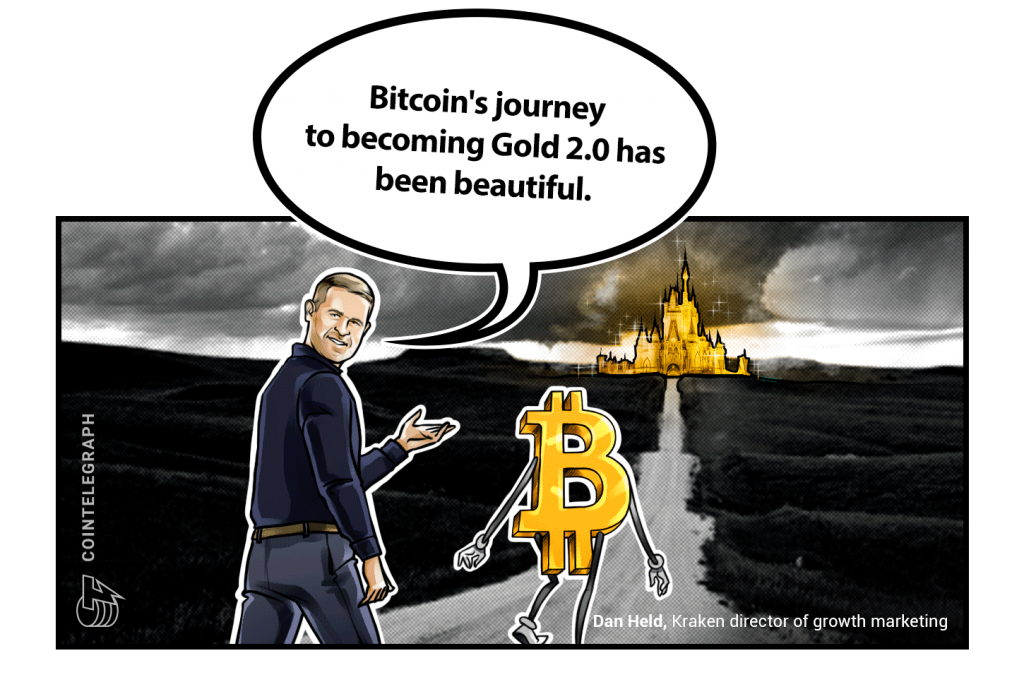 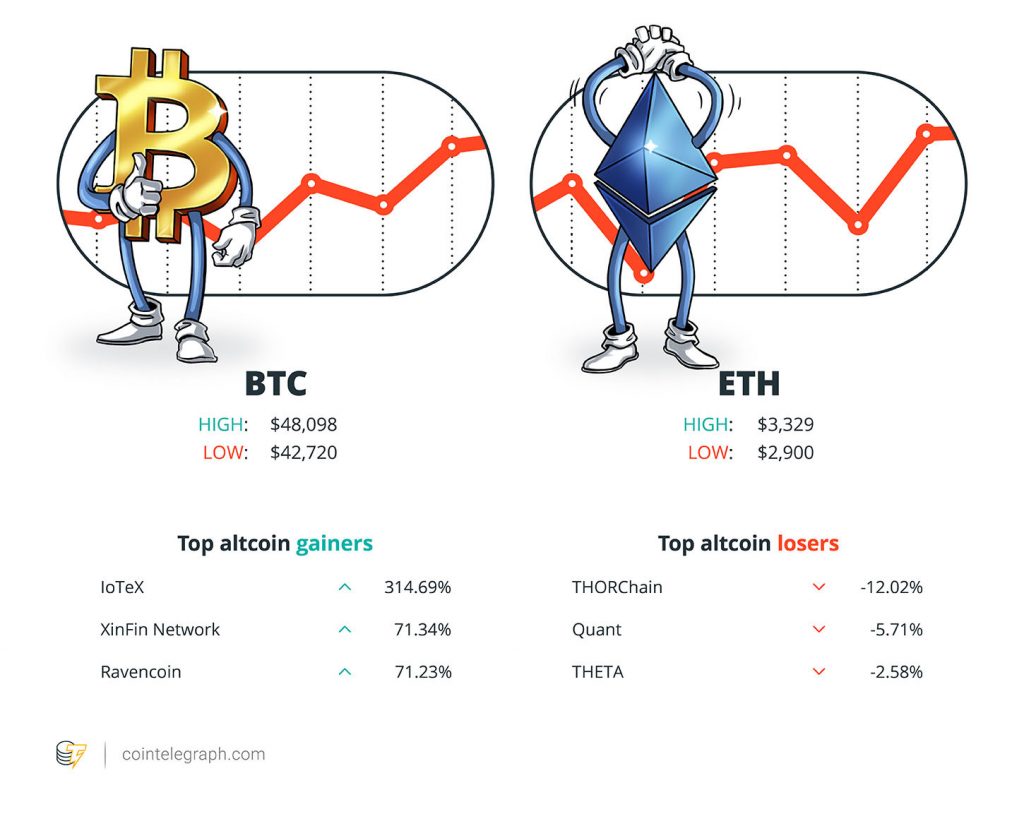 Shutting off this growth engine would be the equivalent of stopping e-commerce in 1995 because people were afraid of credit card fraud. Or regulating the creation of websites because some people initially thought they were complicated and didnt understand what they would ever amount to.

If you want to store your coins truly outside of the reach of the state, you can just hold those private keys directly. Thats the equivalent of burying a bar of gold in your backyard.

“This legislation imposes a badly flawed, and in some cases unworkable, cryptocurrency tax reporting mandate that threatens future technological innovation.

I think were already past the stage of crypto early adoption.

“We are living in a time where everything is going digital, including traditional assets.”

Given how slow we have been in determining how regulated entities can interact with crypto, market participants may understandably be surprised to see us come onto the scene now with our enforcement guns blazing and argue that Poloniex was not registered or operating under an exemption as it should have been.

Hester Peirce, commissioner of the U.S. Securities and Exchange Commission

Bitcoin’s journey to becoming Gold 2.0 has been beautiful.

Bitcoin has recovered a notable amount of ground in recent weeks. The asset hit its all-time high of almost $65,000 back in April but subsequently fell in the days and weeks after, finding its way down to around $30,000. On multiple occasions, the asset briefly fell below $30,000.

Recent weeks, however, have shown bullish price movement for Bitcoin, as the asset has posted chart action seemingly indicative of a reversal, based on analysis from Cointelegraphs Michal van de Poppe.

The $48,000 price range on Bitcoins chart sits as notable resistance. A move past the price zone of $47,500 to $49,000 could signal a possible further move up to eventual fresh all-time highs, although van de Poppe noted $55,000 as a nearer-term target following a break of the mentioned resistance zone. Alternatively, should Bitcoins price break down, a number of levels of price support exist, with $37,500 as an important level to hold. 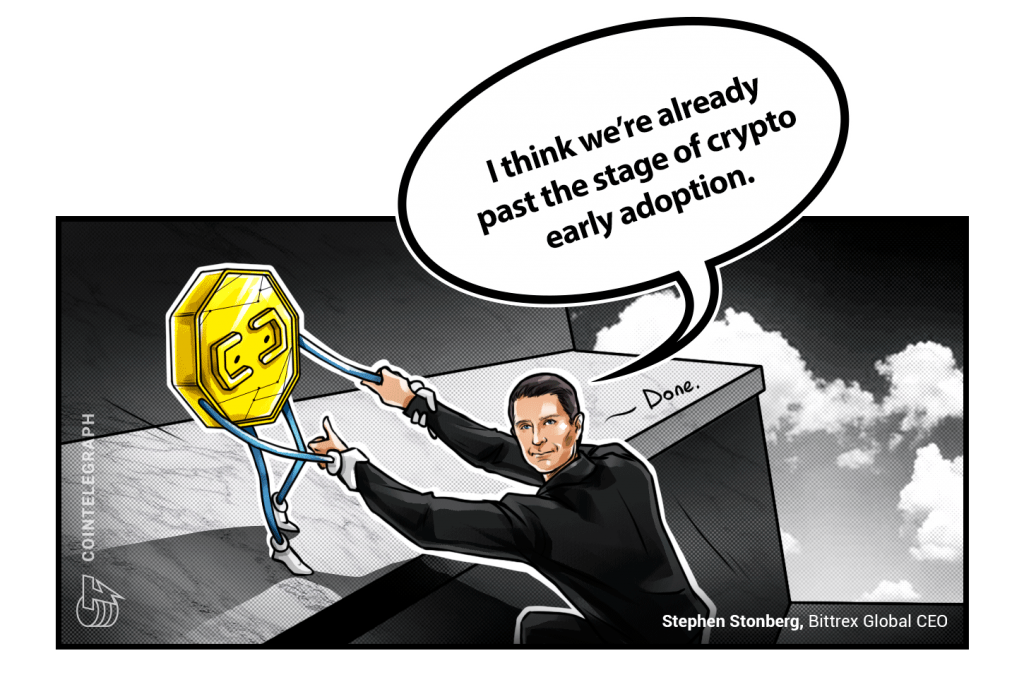 Coinbase removes backed by US dollars claim for USDC stablecoin

Earlier this week Coinbase tweaked its description of number-two stablecoin USD Coin (USDC) to paint a picture of a slightly less-than-stable coin.

Coinbase made the change following an audit showing that USDCs reserves werent all held in cash. The previous statement read: Each USDC is backed by one dollar held in a bank account.

The new statement reads: Each USDC is backed by one dollar or asset with equivalent fair value, which is held in accounts with US regulated financial institutions.

While this might be a blow to USDC owners Circle, the firms stablecoin cash reserves are likely larger than Tethers and its USDT.

Alex Saunders, the Aussie behind popular crypto YouTube channel Nuggets News, is being sued by a disgruntled investor for almost 479,270 Australian dollars, worth roughly $353,027.

Plaintiff Ziv Himmelfarb filed a formal written order demanding that the YouTuber pay the amount in losses and damages for unpaid loans and allegedly bogus investments.

Himmelfarb stated that it was a no-brainer to trust Saunders when he was asked for loans and offered investment opportunities by the crypto influencer, as he had been following him since 2017 and found him to be a reputable figure in the space.

When he told me he had temporary liquidity issues in May, I was glad to help with a short-term loan, but couldnt get any of my money back since then. Hopefully I can get repaid, Himmelfarb said in regard to his alleged 30 ETH loan to Saunders.

DAO Maker, a crowdfunding platform focused on raising money for crypto projects, was exploited by hackers who stole $7 million worth of USDC out of 5,251 user accounts.

According to DAO Maker CEO Christoph Zaknun, the hackers were able to syphon around $7 million worth of USDC.

“One of the reasons why this did happen is probably that the amount of deposits within the [Strong Holder Offering] contract really exceeded our expectations,” said Zaknun in an AMA on Twitch. “Initially, we never expected more than $2.5 million to be deposited in there, but over time, the SHOs became very popular.”

Cointelegraph didnt reach out to the hackers to provide comments, as nobody knows who they are. 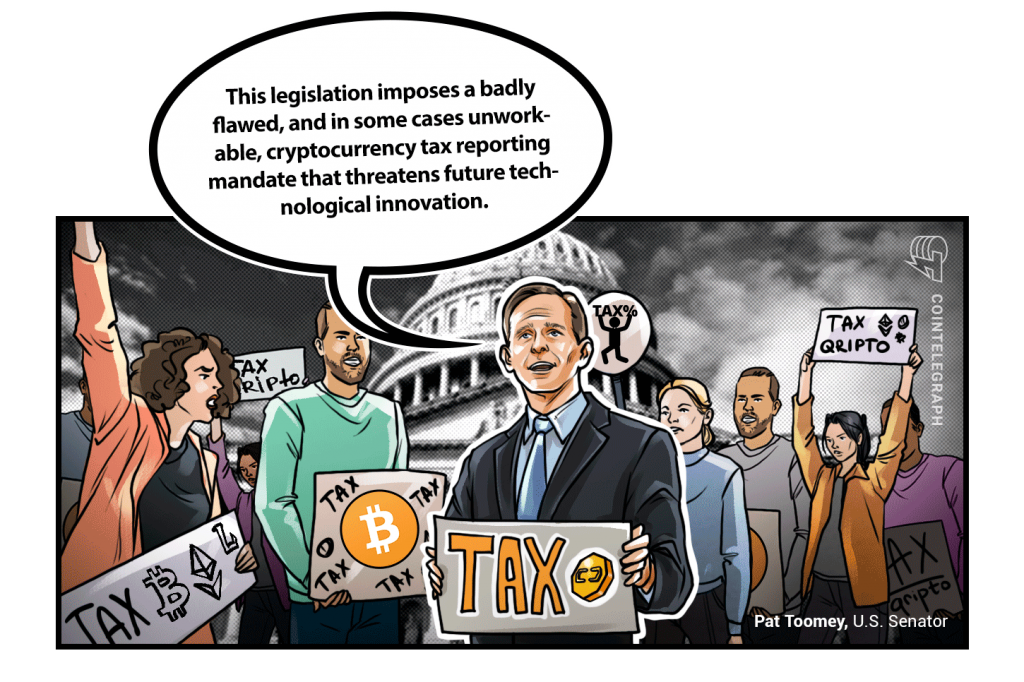 The dominance of Bitcoin transaction values above $1 million has doubled year-over-year, hinting at a rising institutional involvement in the cryptocurrency space.

Is the cryptocurrency epicenter moving away from East Asia?

East Asia has experienced a major decline in crypto adoption over the past year when compared with other regions.

Crypto companies are doing their best to go green by offsetting Bitcoin carbon emissions, but how accurate are their estimates? 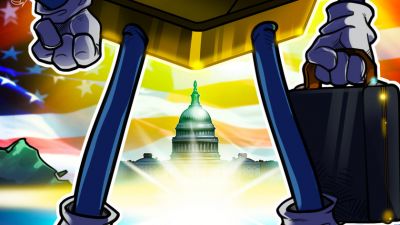 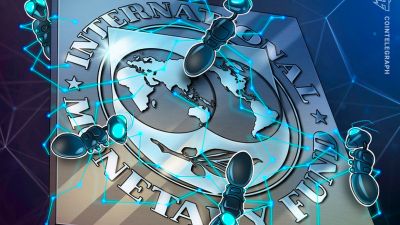 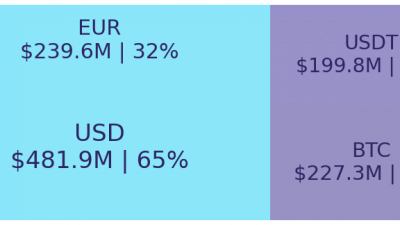