Bitcoin became legal tender in El Salvador yesterday. Many celebrated it as “Bitcoin Day.” While there was a lot of positive feedback from the Bitcoin community, there were also some nay-sayers in the crowd.

A report by JP Morgan found the decision to be unprofitable economically, while Steve Hanke described it as “dumb.” President Bukele, on the other hand, was unconcerned. In reality, he stated that every El Salvadorian citizen would receive $30 worth of BTC.

As predicted, Bitcoin’s Day turned out to be the deadliest day since May 19th. In less than 24 hours after El Salvador became the first government in the world to formally recognize Bitcoin as legal tender, the cryptocurrency lost over $10,000 in value and $330 billion in market capitalization.

From yesterday’s highs of around $53K, BTC has dropped dramatically. The markets turned red in a handful of violent hourly candles, and BTC itself lost nearly $7K in less than two hours, thus the celebrations of Bitcoin’s Day were short-lived.

This increased the overall daily losses to more than $10k, making today the most expensive day since May 19th. With the exception of Solana, which is down in the last 24 hours but still up significantly over the last week, every cryptocurrency from the top 10 is currently in the red on the daily and weekly charts.

THETA is the coin that has dropped the most from the top 100, losing nearly 31% on a daily basis. QTUM and Filecoin come in second and third, respectively. Although there are many tokens showing red signals but some cryptocurrencies like ALGO and NEAR are gaining much ground in the market.

Anything can be expected in the future, so it is important to be prepared for more volatility and price changes

The post In Less than 24 Hours, the Crypto Market Crash Wiped Out $330 Billion appeared first on Ripple Coin News. 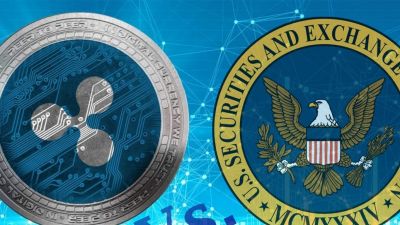 The Principle Behind Bitcoin Mining