Around the Block sheds light on key issues in the crypto space. In this edition Justin Mart and Ryan Yi analyze the potential value drivers and risks of governance tokens in the Ethereum ecosystem.

DeFi has seen tremendous growth over the past 12 months. All metrics — value locked, users, transactions, valuations, etc, — have precipitously risen. But while some of these metrics are easy to track and digest, others are more nebulous. One sneakily challenging metric is valuation.

In traditional equities, valuation is tied to equity itself — or direct fractional ownership in a company. This equity equates to practical control over a corporation, and confers certain benefits to equity holders such as a pro-rata share of profits (dividends).

So what are governance tokens?

In decentralized protocols, the code is the law, so practical control comes down to whatever the code says. In this sense, each DeFi application will have a different sense of ownership, as each protocol will have codified a different set of rules that define what ownership means. Some protocols were coded to have no concept of external ownership — they will simply operate according to their initial internal rules and never change! However most teams who create these protocols recognize the need to adapt, upgrade, and change, and thus code in a concept of ownership that enables select parameters to be adjusted and changed.

Enter “governance tokens.” Simply put, these are ERC-20 tokens tied to a specific project, where a quorum of votes from the token-holders are required to adjust or change selected parameters. Thus, these tokens “govern” the protocol.

But it’s important to note that:

There is clearly a lot of nuance here. In this edition, we take a quick look at what makes governance tokens valuable, but also some reasons to exercise caution.

Reasons why governance tokens may be valuable

Why should control and influence over a decentralized protocol be valuable? In short, governance tokens convey certain privileges, including:

Rights to cash flow: Protocols may charge a fee to their users. These fees are collected, and a governance vote can decide to distribute a portion of fees to token holders, akin to dividends with equities.

Rights to protocol changes: As mentioned, tokens grant their owners the right to vote on the protocol’s future. For example, most projects let token holders vote on both smart contract code changes and treasury management.

Code changes represent direct business logic of the application. In some cases, these decisions can be quite material, akin to a board of directors voting on the strategic direction of a company. Control and influence over these decisions carries weight, and some parties are willing to pay handsomely for it.

Treasury management generally concerns the percentage of tokens typically allocated to “community efforts” — a sort of budget to fund beneficial projects and feature development. Influence over these decisions is another extension of control of the future direction of the protocol.

Rights for future token distribution: Some projects enable new tokens to be minted, usually to users of the protocol via yield farming. The idea is for users of the protocol to be given a pro-rata share of governance, leading to deeper retention and engagement. Governance tokens are commonly used to set these parameters.

Below are some examples of existing DeFi projects across these dimensions:

In the end, governance tokens are the closest thing decentralized projects have to ownership, and generally carry some measure of influence over the future direction of these projects. Most projects also have some fee imposed on users, for which a portion of this value may eventually accrue to token holders.

Reasons to be careful about investing in governance tokens

While governance tokens provide compelling benefits, be aware of some key challenges and risks:

Plutocracy of the token cap table: The total supply of tokens usually contains significant allocations to founders / team members and investors, granting majority control to a relatively small subset of people. As a result, the protocol is effectively more of a plutocracy than democracy. As a result, some projects have eschewed both team and investor allocations entirely, opting for a “fair launch” where governance tokens are wholly distributed to the users of the platform. However in practice, this may still result in concentrated positions as whales gain outsized positions.

The St Louis Fed’s DeFi paper noted that “In many cases, the majority of governance tokens are held by a small group of people… even when a launch is perceived as being relatively “fair,” the actual distribution often remains highly concentrated.”

Upcoming investor and team vesting cliffs: The bulk of team and investor tokens are typically not immediately liquid but remain locked for a prescribed vesting schedule. The cumulative effect is that a majority of the token supply is illiquid when a token first launches and begins trading. This reduced float can inflate a project’s Fully Diluted Value to seemingly exorbitant numbers.

Compounding potential challenges, usually a portion of team and investors tokens will become liquid at once (a vesting cliff), resulting in a shock to supply which impacts influence over governance votes, and potentially market price. Be aware of the total token supply, and any lockup cliffs when participating in governance tokens.

Regulatory overhang: The SEC has issued guidance that the greater a project’s decentralization, the less likely the underlying tokens would be considered securities. It’s unclear how to define decentralization in practice, but the SEC has indicated that BTC and ETH have previously met this designation. Nevertheless, the threat of being deemed a security hangs over projects with governance tokens, as it’s largely unclear how the SEC will view some of these projects in the future.

If you squint, governance tokens bear similarities to traditional equity: they offer control over a protocol’s future, and can dictate cash flows and/or receive dividends. But there are key differences in that governance tokens are restricted in scope (can only vote on a small subset of parameters), are often offered freely to the users of a protocol, and are strictly not equity in a legal sense.

It is also helpful to be aware of the potential downsides. Every project will implement governance tokens differently, carry a unique token cap table that may include onerous vesting schedules that enables a low initial float, and will be independently evaluated by governing bodies for regulatory compliance.

There is reason to be excited about the new paradigm that governance tokens introduce, but it is also early in their evolutionary history. These are new concepts and the design space is large and subject to evolve, so be sure to do your own research and proceed accordingly.

The opinions expressed on this website are those of the authors who may be associated persons of Coinbase, Inc., or its affiliates (“Coinbase”) and who do not represent the views, opinions and positions of Coinbase. Information is provided for general educational purposes only and is not intended to constitute investment or other advice on financial products. Coinbase makes no representations as to the accuracy, completeness, timeliness, suitability, or validity of any information on this website and will not be liable for any errors, omissions, or delays in this information or any losses, injuries, or damages arising from its display or use. Unless otherwise noted, all images provided herein are the property of Coinbase.

Around the Block #13: On the value and risks of governance tokens was originally published in The Coinbase Blog on Medium, where people are continuing the conversation by highlighting and responding to this story. 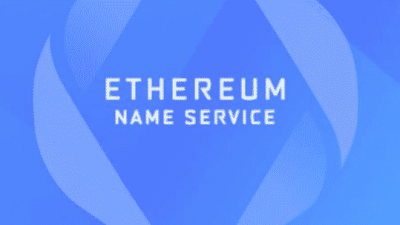 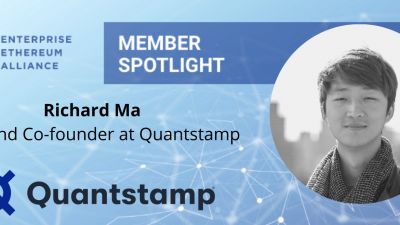 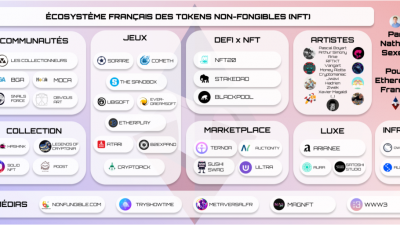