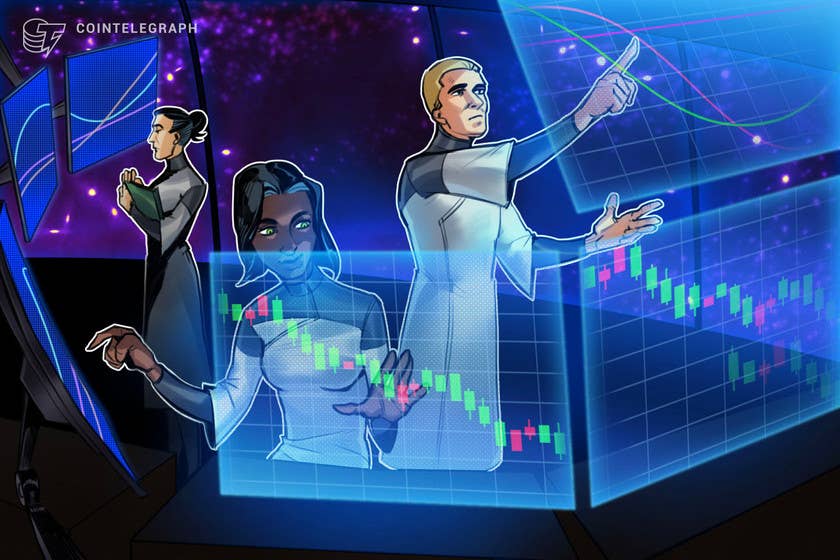 Ethereum competitors and layer-one projects are capitalizing on the network’s untenable gas fees by launching mining and developer incentives that are also boosting token prices.

In the ever-evolving world of cryptocurrencies and blockchain technology, the race to establish a highly scalable, user-friendly network capable of being adopted on a global scale is a never-ending marathon where new competitors regularly join in on the race.

Bitcoin is undoubtedly the market leader when it comes to network security, active users and market capitalization value, while Ethereum has thus far established itself as the top smart contracts platform, but the continued difficulty in getting these networks to scale has opened the door for next-generation blockchain protocols to gain a foothold in the market.

The tenuous nature of Ethereum’s reign has begun to come under increased pressure in recent months as several up-and-coming layer-one- and layer-two-based protocols have launched incentive programs to attract liquidity and users to their ecosystems.

Here’s a look at some of the rising layer-one smart contract platforms that are vying for an increased share of liquidity in the crypto market.

Fantom is a protocol that utilizes a directed acyclic graph architecture to perform its consensus and is, in theory, infinitely scalable based on this design.

The high-speed, low-cost nature of the network has been gaining increased attention from participants in the crypto community in recent months because the Ethereum network continues to suffer from high transaction costs and slower confirmation times due to network congestion.

Activity on the network really began to increase following the Aug. 30 announcement of a 370-million-FTM incentive program aimed at rewarding developers who build new protocols on the Fantom network.

In the time since the launch of the FTM incentive program, the total value locked (TVL) on the Fantom protocol has increased from $691 million to a new record high at $1.44 billion on Sept. 9, based on data from Defi Llama.

According to data provided by the Fantom Foundation, a TVL of $1.44 billion makes Fantom the fourth-largest Ethereum Virtual Machine (EVM)-compatible network on the market and is currently adding more than 20,000 new addresses and processing over 1.5 million transactions on a daily basis.

Multiple new nonfungible token (NFT) and decentralized finance (DeFi) protocols are launching on the network, and it’s possible that this trend will continue to rise as liquidity migrates to Fantom.

Another network that has been draining liquidity from the Ethereun network is Avalanche, an open, programmable smart contracts platform specifically designed for decentralized applications.

Activity for the protocol saw a significant uptick following the launch of the Avalanche Rush DeFi Incentive Program on Aug. 18, which dedicated $180 million to DeFi protocols and liquidity to the Avalanche ecosystem.

The program initially integrated with Curve and Aave, two of the top DeFi protocols on the Ethereum network, but has since expanded to include other protocols, such as SushiSwap, Benqi Finance, YAY Games, Kyber Network and ParaSwap.

Following the launch of the incentive program, data from Defi Llama shows that the total value locked on the Avalanche protocol surged from $311.5 million on Aug. 18 to an all-time high at $2.42 billion on Sept. 5 before a market-wide pullback dropped its value to $2.11 billion at the time of writing.

Avalanche has also seen a number of new DeFi and NFT protocols launch on the network, including a partnership with the collectible and trading card maker Topps, which launched its “2021 Topps Major League Baseball Inception NFT Collection” on the Avalanche network.

The ongoing migration was made possible by the launch of the Avalanche Bridge in June, and this enabled users to transfer any asset on the Ethereum network to Avalanche at a fifth of the cost previously required through the bridge.

A competitive field gets even more crowded

Fantom and Avalanche are two of the more recent rising stars in the layer-one game that have been siphoning users from the Ethereum network, but they are far from alone.

Other EVM-compatible networks that made headway earlier in the year are the Binance Smart Chain and Polygon. Both networks allow users to keep their assets on the Ethereum network while avoiding the high fees on the base layer.

The biggest threat posed to Ethereum from a non-EVM-compatible chain comes from Solana, which has seen the biggest gain in TVL over the past seven days, followed by the stablecoin-focused protocol Terra.

Two final notable mentions include the self-amending blockchain protocol Tezos and Algorand, which is a pure proof-of-stake protocol.

Data from Defi Llama shows that each network’s TVL increased by 207% and 71%, respectively, over the past seven days, while their token prices spiked close to their all-time highs thanks to protocol upgrades and, in the case of Algorand, adoption by the government of El Salvador.

As mentioned at the outset and shown in the TVL figure above, the Ethereum network is the dominant smart contract blockchain in terms of users, protocols and TVL, but the current limitations of the network have left the door open for competitors to chip away at its market share.

It remains to be seen whether Ethereum 2.0 will solve the problems faced or if a next-generation protocol will rise to the top and offer the optimal solution to the blockchain trilemma of providing decentralization, security and scalability on one easy-to-use platform. 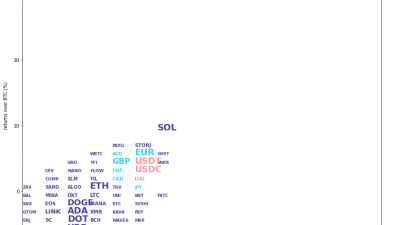 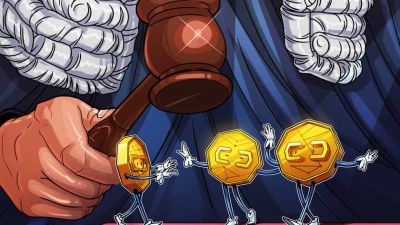 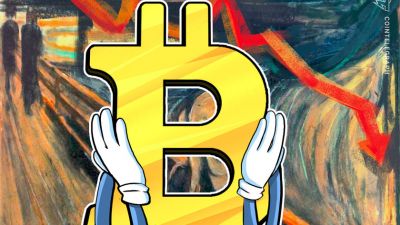