As we conduct research into Proof-of-Stake (POS) and develop a recommendation for Zcash, an outstanding key area is how the issuance schedule for new ZEC would interact with PoS security. In this post, we take a step back from PoS itself, and analyze how issuance and fees support long-term network sustainability. We introduce a proposal, which we call the Zcash Posterity Fund (ZPF), for modifying ZEC issuance in order to improve long-term financial sustainability of the network, while maintaining the 21M ZEC supply cap and approximate issuance rate. This proposal is independent from PoS or any consensus protocol recommendations and could be adopted with the current PoW consensus protocol with the same benefits and drawbacks. We will be gathering feedback from across the Zcash ecosystem about this proposal.

We believe this proposal could be a beneficial precursor to three promising lines of development for ZEC:

Because all three of these nascent improvements are underway, we want to float this proposal now to see if it can benefit all three efforts.

Additionally, this proposal introduces a way to direct funds towards sustaining the network into the future, so adopting the proposal earlier enables that funding mechanism to begin accruing value earlier.

The core innovation of Bitcoin which all cryptocurrency inherits is that the network funds itself. In Bitcoin, Ethereum, and many public crypto networks, the built-in funding is paid out to block producers. In Zcash, this funding is split between block producers and the Zcash Development Fund, which contributes to education, technology development, and other activities that support and enhance ZEC.

Generally, funding to support a network can either come from within the protocol itself, for example in mining rewards, or from other sources, such as when an organization has raised capital elsewhere and funds development work on the protocol or products.

External funding is important and can have a large impact. However, there’s no guarantee when or where these sources will appear, that these funding sources have incentive alignment with ZEC holders, or that they will remain as dependable sources of funding over a longer period. For all of these reasons, we believe it’s important for ZEC users to focus on maintaining or improving the intrinsic sustainable funding mechanisms in the protocol itself.

This post and the Posterity Fund proposal focus on the sources and amounts of network funding and are agnostic as to the recipients, so they are applicable to the current mining & Dev Fund structure of ZIP-1014, or future changes to infrastructure & development funding, consensus mechanisms, or other changes to funding recipients.

We propose a change to the Zcash issuance system we call the Zcash Posterity Fund to help reduce uncertainty about the long term sustainability of Zcash while maintaining the key properties we believe most ZEC users prioritize. The proposal maintains these properties (along with their benefits and drawbacks):

Meanwhile, this proposal would change these high level features from the current Zcash design:

The specific high level definition of the Zcash Posterity Fund proposal is as follows:

If the proposal is activated, a new Fund would be entirely managed by the protocol. (There are no private keys, wallets, individuals, or organizations controlling this protocol-managed Fund.)

The initial balance of the Fund when created is equal to the number of not-yet-issued coins, or equivalently 21M ZEC minus the current outstanding supply.

Starting from the block of activation, the current block reward rules no longer apply, and instead block rewards come from ZPF Disbursements.

The final piece of the ZPF proposal is that it now becomes possible to transfer Funds from the circulating supply back into the Fund via Deposits. Future protocol-enforced fee mechanisms may require fees to do this. This base proposal is not specific to any particular deposit mechanisms.

If this change were adopted and there were no deposits, the disbursements would alter issuance away from halvings into a smooth curve. We can visually compare current issuance to disbursements without deposits for a hypothetical activation height:

If there are significant deposits into the Fund, the slope of the disbursement curve would be increased above the line shown. In any period without deposits, the curve would continue to have the same rate of exponential decay with a negative slope.

The impact on the overall supply schedule in the absence of deposits is barely visible at a long time scale:

In the presence of deposits, the supply will always be equal or less than the line above. With sufficient deposits the supply growth rate can even become negative during that period.

The Posterity Fund and sustainability

The essential element of the Posterity Fund is to enable deposits from the circulating supply, which allows a feedback loop from current usage to future funding:

Both the status quo and this proposal have a capped supply of 21M. We can think of the proposal as introducing a single new element, deposits, which enable a feedback loop between the circulating supply and future funding.

This does not “solve” long term sustainability by itself, but it provides a framework that focuses the problem of sustainability on finding sufficient sources of deposits to maintain the network. If over longer time scales of years, the rate of deposits is equal to or larger than payouts, the system can run indefinitely. Meanwhile, if over shorter time spans of months or less, the deposits are below the payout rate, the protocol can weather that period for quite some time.

Sustainability of the status quo

So far the Zcash network funds itself using the Bitcoin design. New coins are issued on a schedule that approaches a limit of 21M units over time:

The issuance over time follows the Bitcoin halving schedule design:

Challenges with the status quo

As newly issued coins are circulated to users, the amount of future issuance is depleted to maintain the 21M ZEC cap. As this amount dwindles, network funding must come from other sources and the only other current source is transaction fees paid directly to miners.

Transaction fees are dependent on transaction demand, which is highly unpredictable. We believe transaction demand can often become dominated by external events leading to spikes or troughs of usage. This may be ameliorated when there is a large diffuse network of users, but even at the scale of global economies there are extrinsic events that cause payment demand to fluctuate in a highly correlated, yet unpredictable, fashion. Anchoring the operation of the network to the unpredictability of transaction demand makes it difficult to predict how resilient the network can be, which interferes with long term committed planning. This is important for users and especially for the network infrastructure operators themselves, who need to decide how to invest capital into infrastructure improvements.

An additional wrinkle for Proof-of-Work and potentially other non-finalizing protocols, sometimes called “fee sniping”, is that with direct fees as the only revenue source, there’s a miner incentive to rollback blocks with large fee transactions to put those fees into their own block. This could derail safe progress of the chain.2

The Zcash Posterity Fund proposal addresses this uncertainty by smoothing out disbursements over time. While it does not guarantee that deposits will be enough to maintain or grow the Fund balance to sustain the network indefinitely, it removes short term uncertainty about the rate of disbursements. This allows users, infrastructure operators, and development fund recipients to commit to longer term plans which makes the network itself more resilient.

These kinds of concerns, and this kind of proposal, are also present in Bitcoin and have been discussed throughout its history. The Bitcoin OpTech newsletter summarizes a recent discussion about these issues among Bitcoin developers.

The Zcash Posterity Fund design reduces network sustainability to a question of sufficient deposits. If deposits over some time period are greater than disbursements, the network is “paying it forward” and supporting future operation and development. If those deposits are smaller than the disbursements, the network is depleting its resources to continue its current operation and development. So with this framework, the key focus for network sustainability is finding a design and usage that contributes sufficient deposits over time on average.

Deposits can come from various fees for using the network. A straightforward example would be to require a portion of current transaction fees to be deposited into the Fund with the remainder going to the miner.

If this proposal were adopted, the community could observe the trend of whether or not deposits over a long enough time window outpace disbursements. If they are below disbursements and there is concern about the Fund balance dwindling too low3, the community would have some amount of time to find sources of larger deposits.

Now that we’ve shared this proposal, our intent is to gather community feedback and perform market research on this proposal. If the proposal seems to have wide support, we would build on that understanding in a few ways:

Do you have feedback or questions about this proposal? Let us know by discussing in this forum post dedicated to the Zcash Posterity Fund proposal. 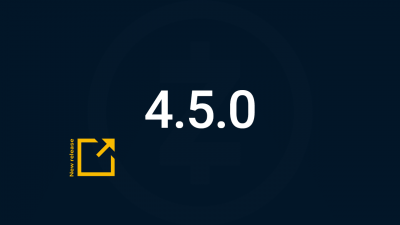 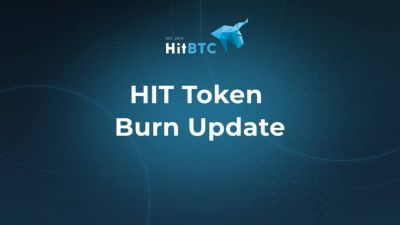